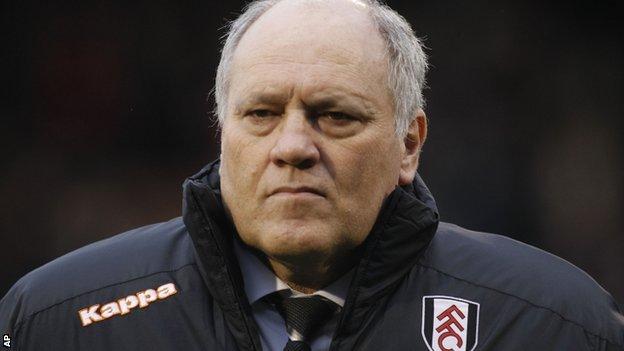 Fulham have finally secured the signing of teenager Chris David from FC Twente.

The central midfielder, who has represented the Netherlands at youth levels, had been on the verge of moving to Craven Cottage during the summer and was also linked with champions Ajax.

"He has signed and he is here," Jol said. "He trained with us on Friday.

"He is 19 years of age, player of the year of all the academies in Holland. He is an exciting talent but he will need at least six months to adapt."

The Dutch manager added: "But hopefully he will do it quicker. He is a very, very good talent.

Jol also confirmed former Middlesbrough midfielder Mickael Tavares is to leave the club after being brought in on a month-to-month basis in October.