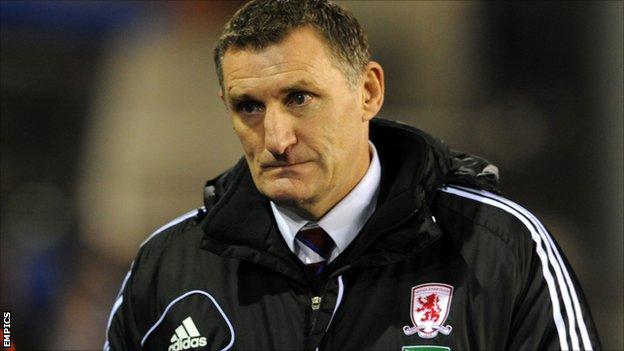 Boro are six levels of the football pyramid above their Isthmian League opponents, who have already progressed through six rounds of the competition.

"We can't guarantee a result, so we hope when the chances come they get put away and we don't rue missed chances."

He added: "The last thing we want is for it to get late into the game, with it 0-0 against a lower division team and they get a free-kick or a corner.

"I'm expecting a tough game and a team that goes every yard required to give themselves a chance."

Hastings' route to the competition has taken in eight games, including two replays, to reach the third round.

Hastings' route to Round Three

Cup form has had a revitalising effect on the club's league performances, with the Arrows suffering just one defeat in 18 games.

"We have to treat it as another game, if we go and get overawed by the occasion we won't give us justice," manager Sean Ray said.

"The players won't need a team-talk, they know how huge the game is, they know everything they need to know about the occasion, and ultimately want to do themselves justice.

"The last thing they need from me is filling their head with a load of other stuff, they just need to concentrate on their own games and get clear in their own minds what they want to achieve on the day.

The Teessiders lost an FA Cup tie at Burton in 2011, and were narrow 2-1 victors against Blue Square Bet Premier side Barrow in 2009.

Mowbray, who was in charge for the Brewers defeat, has prepared for the visit of Hastings as he would a routine Championship opponent with scouting reports and match DVDs.

"They're an honest, hardworking side, have a bit of speed up front and play forward and try to get in behind," Mowbray added.

"They're strong and powerful at the back, they have one or two players in midfielder, and they've done fabulously well to get here in this competition.

"We have to show them respect but not too much respect and hurt them with the ball."