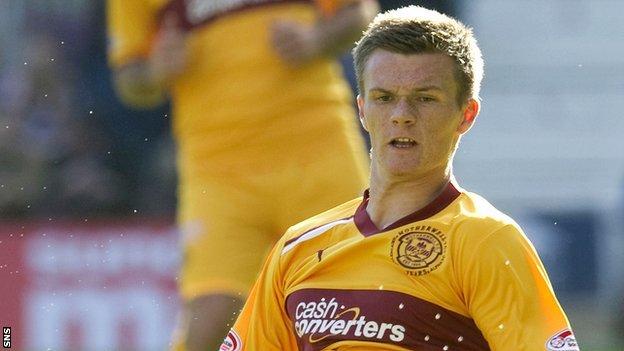 Defender Fraser Kerr has extended his loan spell at Motherwell until the end of the season.

The 19-year-old, who began his career at 'Well, returned to Fir Park from Birmingham City in August.

And manager Stuart McCall told the club's official website of his delight at extending the versatile Kerr's stay.

"I'm pleased to get Fraser here for another few months, we've asked him to fill in all over the place and he has done well for himself," he said.

"I am pleased to get Fraser here for another few months; he will provide good competition for the lads at the back - particularly with Steven Saunders returning to the fold too.

"If we want to finish in the top six and push for European places, then everyone will have a role to play and Fraser will be a big part in that."

Kerr moved to Birmingham in 2009, but has yet to make a first team appearance for the Blues.

Since his return, Kerr has made 15 appearances for the Steelmen, at full-back, central defence and in midfield.

Meanwhile, fellow defender Nicky Devlin, 19, has extended his loan from Motherwell to Dumbarton until the end of January.