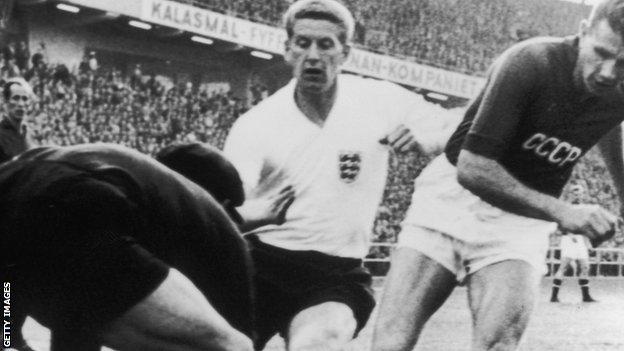 The Yorkshireman, revered among a whole generation of Baggies fans in the 1950s as 'The Tank' for his size, passed away on Friday afternoon, at the age of 77.

But it was at The Hawthorns that he had his most conspicuous success, scoring 157 goals in 262 league games over 10 years, and earning 14 England caps while an Albion player.

Two of his eight goals for his country came in Sweden in the summer of 1958, when he became the last Albion player to score for England at a World Cup finals.

His overall tally of 173 goals for the Baggies ranks him fifth in the Black Country club's list of top scorers, behind Tony Brown (279, in all competitions), Ronnie Allen (234), William 'Ginger' Richardson (228) and Jeff Astle (174).

But Kevan - who also played for Chelsea, Manchester City, Crystal Palace and Stockport County among others - got his goals at a faster rate than all of them except Richardson, even outscoring more modern-day Albion greats like Bob Taylor (131) and Cyrille Regis (112).