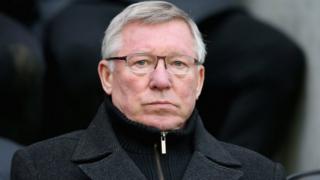 Fryers left United for Standard Liege for a small compensation fee in August after Spurs baulked at paying £6m.

But now Spurs have signed the 20-year-old from Standard for a reported £3m. The north London club told BBC Sport they only made a second approach for Fryers after being made aware that the player was "homesick" in Belgium.

Ferguson is "disappointed" with Tottenham and says there is likely to be a "mobile trail" somewhere that the Premier League should examine.