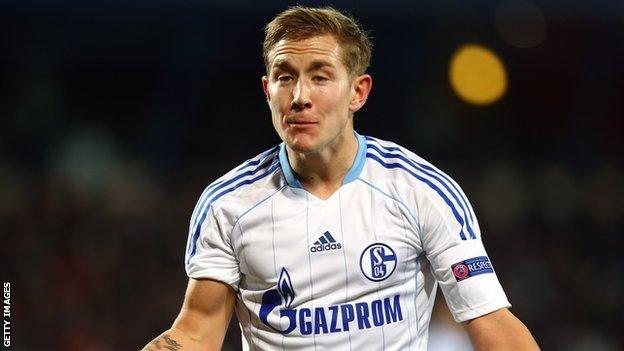 Germany international Lewis Holtby has agreed to join Tottenham from Bundesliga side Schalke in July.

The 22-year-old creative midfielder, who has a German mother and an English father, joined Schalke from second-tier side Alemannia Aachen in 2009.

He has made 75 appearances for Schalke, scoring 11 times, and earned three caps for the senior German national side.

Holtby, who will join on a free transfer, had also been linked with Arsenal and Liverpool.