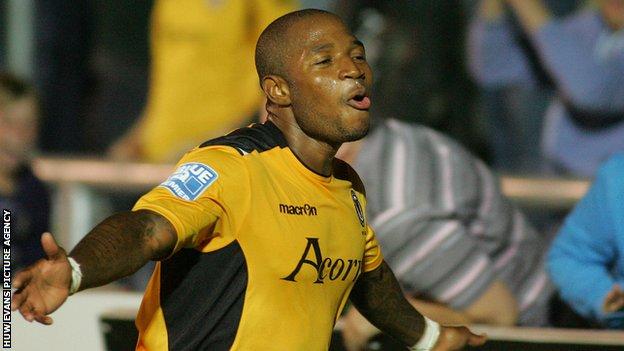 Aaron O'Connor and debutant Robbie Willmott each scored twice as Newport rose to second in the Blue Square Bet Premier with a win at Lincoln.

O'Connor put the County 2-0 up with a spectacular drive and a neat finish, before recent addition Willmott volleyed in the visitors' third.

Vadaine Oliver replied with a header, but Willmott tapped in his second from new signing Christian Jolley's assist.

"I would say it was embarrassing. Basic errors, basic lack of judgement and poor defending has cost us the game today, certainly in the first half.

"Newport were clinical and give them credit for that but let's not gloss over it, it was some of the worst defending that I've seen from these defenders."

"We were excellent [in the] first half. I thought the front three were unplayable, but I thought we were very loose with our possession in the second half.

"And we knew that Lincoln would come out in the second half with nothing to lose, but I'm disappointed with the second half performance because on another day we may have got pinned back in the game.

"The front three's pace was unplayable and being a [former] defender myself I know that's one thing you don't want to come up against."