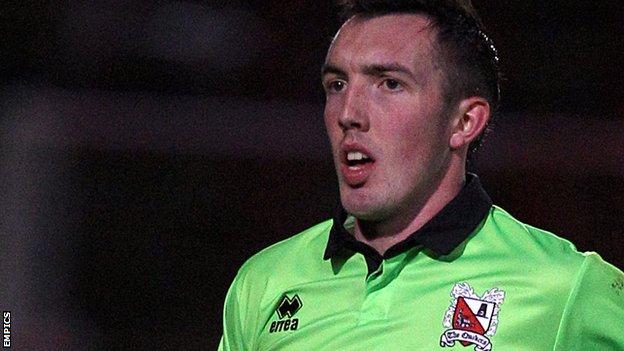 Alfreton twice came from behind to secure a draw at fellow mid-table side Hereford United.

Ryan Bowman finished tidily for his 13th of the season and Hereford's opener, before Paul Clayton hit the top corner to level.

The hosts went two clear when Stefan Stam headed in a free-kick and Bowman nodded home from close-range.

"Their second goal was criminal - it wasn't even a long throw, was it?

"The lad Arnold was facing away, nobody has been to close him down and he's turned and had a shot.

"That was so poor - and then on the third one again it was closing down crosses and Corbs [Andy Corbett] has got done too easily at the back stick.

"James Bittner should have just palmed it away but tried to catch it so, again, it was a very soft goal."