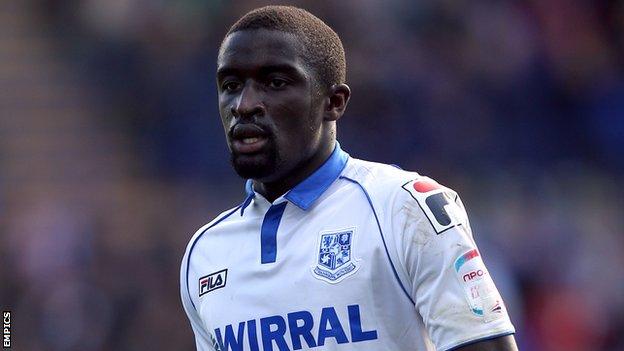 Tranmere stayed top of League One with first-half goals from David Amoo and Zoumana Bakayogo sealing a comfortable victory over Crawley.

Amoo opened the scoring just before the half-hour with a close-range header.

Bakayogo doubled Tranmere's lead with his looping cross hitting the post and rebounding in off keeper Paul Jones.

Crawley pushed to pull a goal back and Josh Simpson went close but his effort was turned behind by Rovers keeper Owain Fon Williams.

"We want to keep competing at this level, so we need to improve.

"Both goals were avoidable, we are not going to disrespect Tranmere, but when you've come and matched a team at the top of the league, it feels we're not a million miles away.

"We can't keep mentioning possession if we're not going to win matches.

"We need to ask a few more questions of the opposition back four at times."