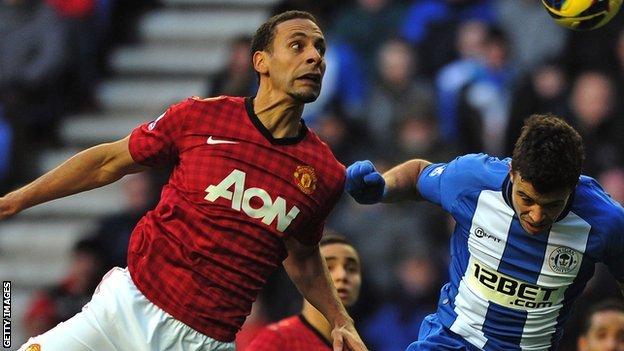 Ferdinand's deal expires this summer, leaving him free to negotiate terms with continental clubs now, or to leave for free at the end of season.

He does a lot of work on his pre-match preparation now, with yoga and a lot of other things

"I don't think Rio wants to leave and, as I have said before, he can play on," said Ferguson of the 34-year-old.

In November, the defender said he was in no rush to sign a new deal.

There is reported to be interest in the former England international from the United States and the Far East.

Ferdinand has made 18 appearances out of United's 30 games in all competitions this season.

And Ferguson is confident that the defender can continue his career in Manchester if he is managed carefully.

"I don't think he has the same issue with his back that he had a couple of years ago. It is manageable now," he said.

"There is no way you would be expecting him to play every four days right through a season anyway.

"Getting rest at the right time definitely helps him and he does a lot of work on his pre-match preparation now, with yoga and a lot of other things to help him sustain his playing time."