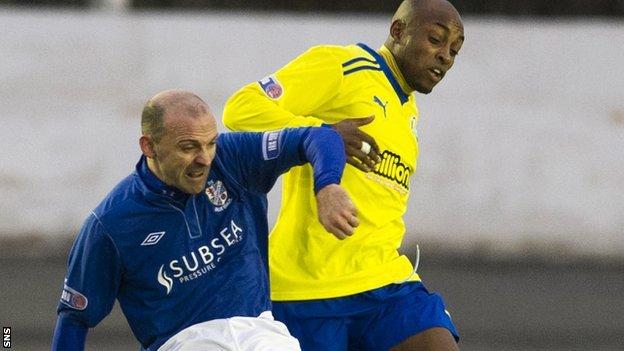 Cowdenbeath let a lead slip for the fourth consecutive game but held on to claim a draw against promotion chasers Morton at Central Park.

New signings Liam Caddis, Sam Stanton, and Kane Hemmings were all handed a start for the hosts and it was the latter of the three who tested Derek Gaston after 18 minutes with an effort from distance.

David O'Brien tried his luck with a long-range strike at the other end 10 minutes later but goalkeeper Thomas Flynn was up to the task.

The Blue Brazil broke the deadlock eight minutes before half-time when Colin Cameron sent Caddis through on goal and the St Johnstone loanee made no mistake with an angled drive.

Six minutes after the interval, however, Peter MacDonald equalised for the Ton with a confident finish after Kenneth Adamson had failed to clear.

Lewis Coult had a great opportunity to earn Cowdenbeath victory three minutes from the end, but he was unable to head Marc McKenzie's cross on target as both sides settled for a point.