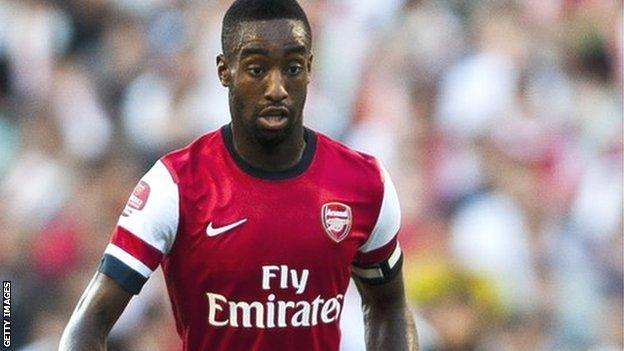 Arsenal defender Johan Djourou has agreed to join Bundesliga side Hannover 96 on loan until the end of the season.

The Switzerland international, 25, has played two games this season, captaining Arsenal in League Cup wins against Coventry and Reading.

"Everyone at Arsenal would like to wish Johan well for his time in Germany," Arsenal said in a statement.

Djourou has made 144 appearances for Arsenal since making his debut against Manchester City in October 2004.

He had a spell on loan at Birmingham in 2007, making 13 appearances for the club.

Djourou has been capped more than 30 times by Switzerland and was in the national team's squad for the 2006 World Cup and Euro 2008.