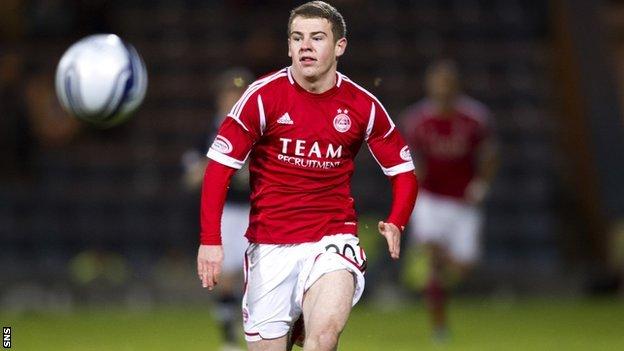 Fraser, who will turn 19 next month, is out of contract at the end of the season and has

Having come through Aberdeen's youth system, Fraser made his first-team debut in October 2010.

However, the Scotland Under-19 cap has only become a regular in Craig Brown's side this season.

but the club will only be entitled to a transfer fee if he leaves during the January transfer window, while compensation would be due in the event of a summer departure.