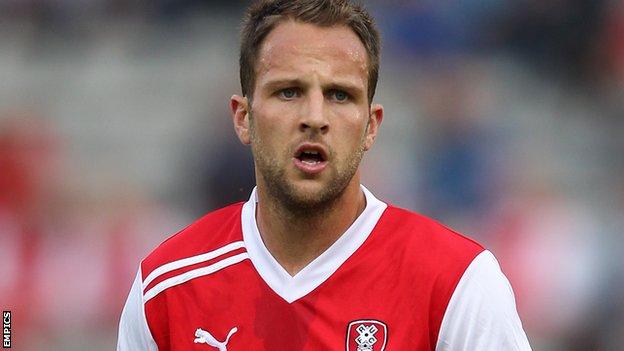 Preston have handed a permanent deal to Luke Foster, who had been at Deepdale for three weeks on non-contract terms.

The 27-year-old defender, who also played under Preston boss Graham Westley at Stevenage, has appeared four times for the League One club.

Meanwhile, Chris Holroyd has had his contract terminated.

The striker, 26, spent the first half of the season at Macclesfield, scoring nine goals in 21 games for the Blue Square Bet Premier side.

Holroyd was one of Westley's first signings at Preston in January 2012, but scored just once in 20 appearances for the Lilywhites and had not appeared for the club this term.