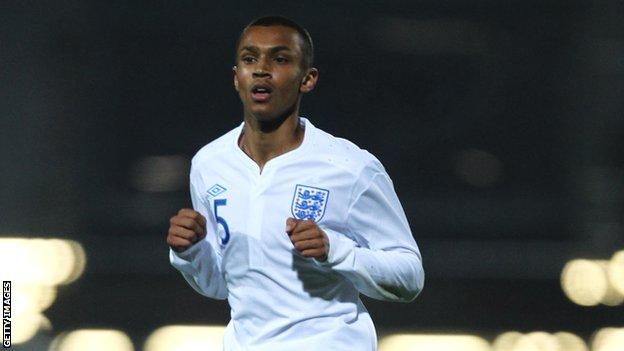 Chelsea wonderkid Conor Hunte has ended speculation on his future by agreeing a new deal at Stamford Bridge.

The 16-year-old midfielder will sign a three-and-a-half-year deal next week to commit his long-term future to Chelsea.

Manchester United, Manchester City and Liverpool had all been monitoring the England Under-17 international.

But with interest growing, Chelsea have moved quickly to agree the player's first professional contract and warn off potential suitors.

Hunte, who has impressed on his three appearances for England Under-17s, is considered by many to be among the brightest young prospects in the game

He received his first international call at the start of the 2011-12 campaign when he was picked for the England Under-16s squad to face Northern Ireland in the Victory Shield but is already moving quickly through the ranks.