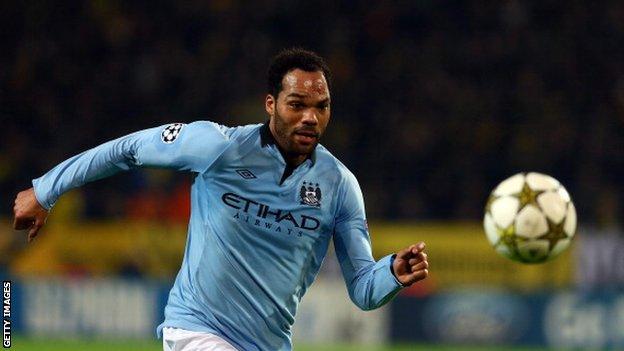 England defender Joleon Lescott has said he has "no desire" to leave Manchester City during the January transfer window.

QPR, Aston Villa and Everton have all been linked with the 30-year-old, who has fallen out of favour at City.

"Joleon Lescott has ruled out the possibility of any loan move during January," read a statement issued on the player's behalf.

"Despite speculation, Joleon has no desire to leave Manchester City."

Lescott, a £22m purchase from Everton in August 2009, completed 90 minutes of City's 3-0 FA Cup victory over Watford but it was only his 16th appearance of the campaign.

Manager Roberto Mancini has preferred Serbian Matija Nestasic alongside captain Vincent Kompany in the heart of the defence for the club's most important games of the season but said he would not be willing to sell a defender who was a key member of last season title-winning team.

"We need players in, not out," said the Italian.