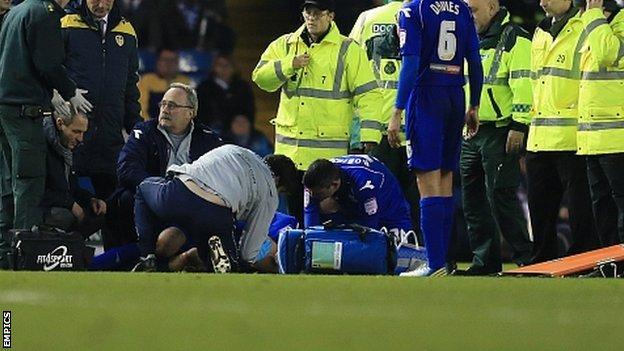 Birmingham full-back Will Packwood is out for the rest of the season after breaking his leg during their 1-1 FA Cup third round draw with Leeds.

Packwood, a 19-year-old American, broke his fibula and tibia in a collision with Leeds striker Luciano Becchio.

"Packwood has suffered a horrendous leg break," said Birmingham manager Lee Clark. "It took the gloss off a fantastic performance.

"Will's young team-mates and friends are distraught, they were in tears."

Clark added: "I said, 'Let's try and win the game for Will.' We couldn't quite do it but I thought we deserved to do so.

"We will give him as much care and support as possible and have him back fit and strong for next season."