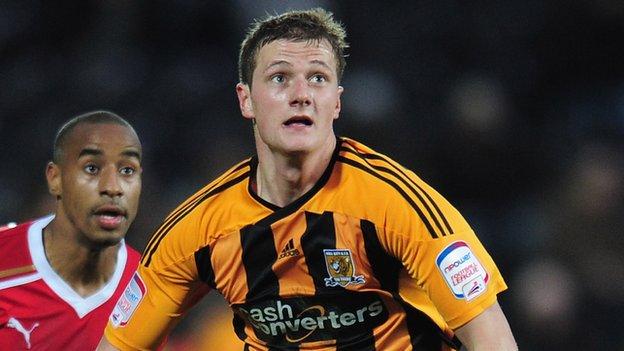 Chesterfield have signed Hull City defender Liam Cooper on a permanent basis after joining the Spireites on loan in November.

The 21-year-old, whose temporary deal was due to end later this month, has moved for an undisclosed fee and signed a two-and-a-half year deal.

"We are delighted that he has chosen Chesterfield," said chief executive Chris Turner.

"Liam has the potential and ability to play at the highest level."

He continued: "[Chesterfield manager] Paul Cook is now starting to shape the squad into what he requires."

Cooper has played 11 times for Chesterfield and formed a good partnership with Sam Hird in central defence.

He played 17 times for Hull City in four-and-a-half years at the club and also had loan spells at Carlisle and Huddersfield.