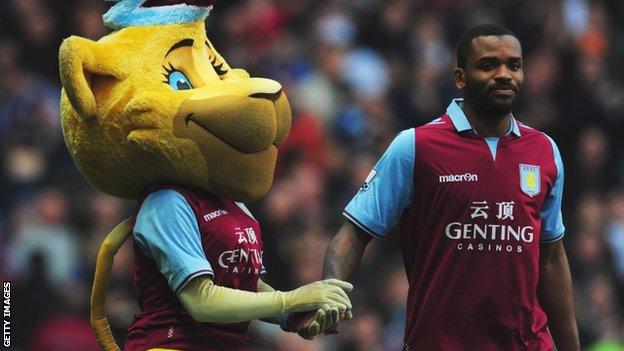 The striker scored his first goal for more than three months to cancel out Michael Chopra's opener for Ipswich before Andreas Weimann headed a winner.

"That finish is Darren Bent down to a tee. It was top class," Lambert said.

Bent back in the groove

Bent had missed five matches with a hamstring problem, the latest in a long line of niggling injuries, and there had been speculation - - that he would be sold during this month's transfer window.

"Considering he only really trained with us yesterday, it was a big, big effort from him," Lambert added.

"We left out a few lads to give them a break and I was delighted with everyone that came in. I thought it was a massive effort."

Lambert must now consider whether to keep faith with Bent for Tuesday's Capital One Cup semi-final, first leg at Bradford.