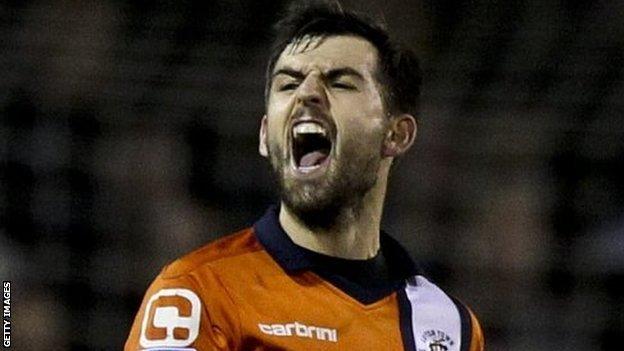 Non-league Luton have been rewarded for their victory over Wolves with a trip to Premier League side Norwich in the fourth round of the FA Cup.

Holders Chelsea travel to League One Brentford after they beat Southend.

Luton's fellow giant-killers Macclesfield will face Premier League side Wigan after they beat Bournemouth in a third-round replay.

Stoke will play Manchester City after the Potters saw off Crystal Palace in a replay, while Oldham will host Liverpool after the Reds edged past Mansfield.

Premier League leaders Manchester United will be at home against Fulham after defeating West Ham 1-0 in a replay at Old Trafford.

Arsenal will travel to Brighton after Jack Wilshere's late winner ensured they saw off Swansea in their replay.

Blue Square Bet Premier side Luton secured a place in the fourth round with a shock 1-0 win against Championship side Wolves.

"It will be a good cup tie and a great atmosphere, but it won't be easy against Luton," said Norwich manager Chris Hughton.

"We've seen just what they can do with the way they knocked out Wolves, and although they are a team that has dropped out of the league, they have a good history in the FA Cup.

"It will be our responsibility to put on a good performance for our supporters and make sure we progress to the next round."

The ties will be contested over the weekend of 26 and 27 January.