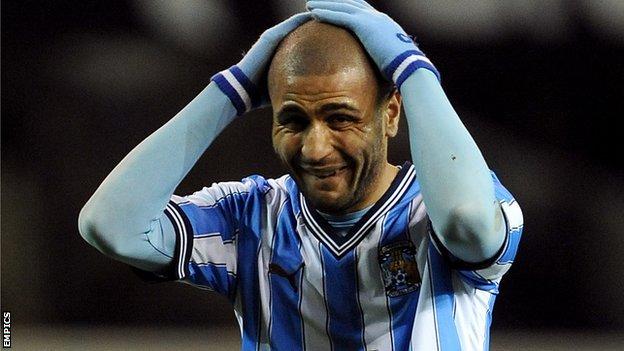 Carlisle prevented Coventry from closing the gap on the League One play-off places with a third successive win at Brunton Park.

The visitors almost levelled when Franck Moussa's effort was touched onto a post by Mark Gillespie.

And Leon Clarke squandered a glorious chance to claim a point, messing up his header from two yards out.

The Cumbrians, now nine points above the drop-zone, had to show resolve to hold the visitors at bay but could have doubled their lead in injury time when Robson finished a counter-attack by clipping the bar.

For Mark Robins's side it was only a second defeat in 10 league games, but they remain six points adrift of the play-off places.