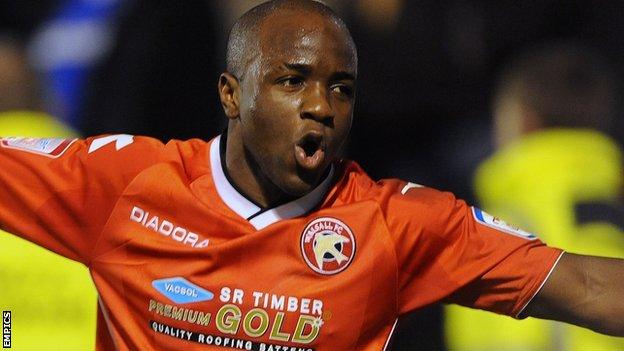 Brandy fired in from close range to hand the Saddlers an early lead.

Downing's first-ever goal made it 2-0 at half-time when he headed a Ben Purkiss cross past Thorsten Stuckmann.

Baxendale made sure of the Saddlers' victory at Deepdale when he fired home from just inside the box before Bailey Wright headed in a late consolation.

Walsall handed a debut to keeper Ian McLoughlin, who was signed on loan from MK Dons until 9 February before the match to cover Karl Darlow's enforced return to Nottingham Forest.

Preston, who brought in Stuckmann for the injured Steve Simonsen, named former Chelsea keeper Rhys Taylor on the bench, following his arrival on non-contract terms.

"We were fantastic, to a man. We were organised, stuck to our game plan, broke them down, won second balls, passed it well and were clinical up front.

"The only blot was their goal, which was a shame for Ian McLoughlin, who made one great save from the free-kick and another in the first half low down to his right and deserved a clean sheet.

"We're on a good run, having won five out of our last six, but we don't go setting any silly targets. We've got some tough games coming up and, just like we did when were on our losing run, we'll carry on taking each game as it comes."