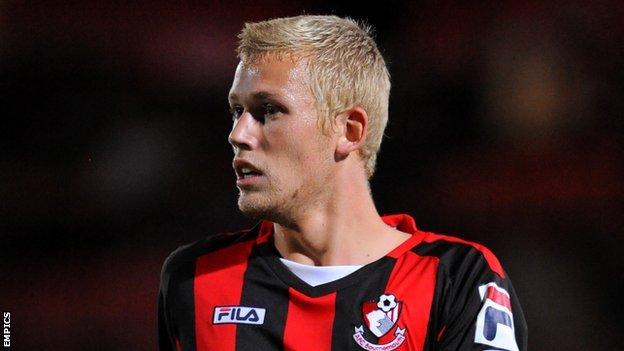 But the Surrey side struck in the 89th minute when Bradley Bubb's centre cannoned off Stockley and into the net.

Ebbsfleet, who have now gone eight games without a win and are four points adrift of safety, were dealt a further blow after the final whistle when Carew was sent off after a confrontation with Betsy.

"We knew with the heavy pitch we had to go away from our usual football way and try and stop them a little bit more from winning those second or third balls.

"We got the ideal start with the penalty but it hasn't hit the target and it happens. I felt the first half was quite even and I thought in the second half the longer the game went on we fancied ourselves.

"We created the better chances and I know it's a late goal but it's a big three points and we got our reward late on."