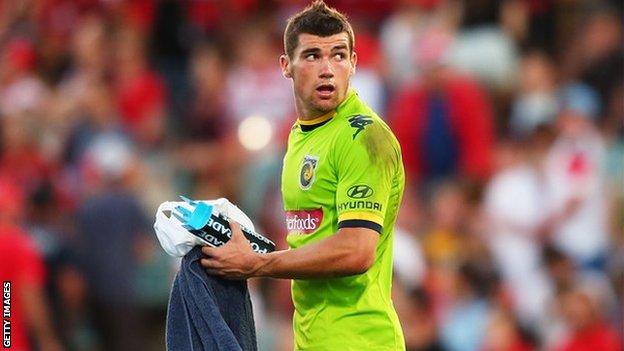 Australian goalkeeper Mathew Ryan has pulled out of a trial with Rangers citing uncertainty over which league they will play in next season.

Ryan had been due to train with the Ibrox club last week, but a knock postponed the move until this week.

However, according to his current club, the deal is now off.

"Mat Ryan's reason for not going to Rangers on trial next week was that he wanted to know what league they will play and they wont know yet."

And McKinna added that the decision not to travel had been made by the player himself.

"He chose not to go," said McKinna.

Ryan, who has three months left on his current contract with Central Coast Mariners, has played for Australia twice in East Asian Cup qualifying games.