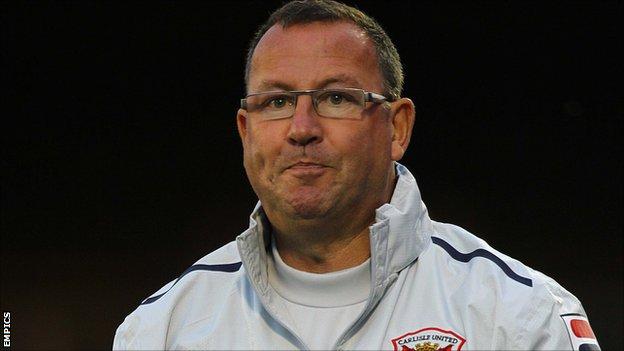 The loss was United's eighth in 11 games and the fourth four-goal deficit of the campaign so far.

"I have no choice, these are the players I have got," Abbott told BBC Radio Cumbria.

"They have to react, otherwise they are going to find themselves in a little bit of trouble as well."

Abbott, as manager, has been the subject of some supporters' frustration, but the Cumbrians boss is convinced a team effort is required to address the slide to 18th in the League One table.

"It has to be a collective effort and we have to be collectively a lot better than we were today."

Having taken over from John Ward in November 2008, Abbott guided Carlisle to consecutive Johnstone's Paint Trophy finals, with victory against Brentford in 2011 a highlight.