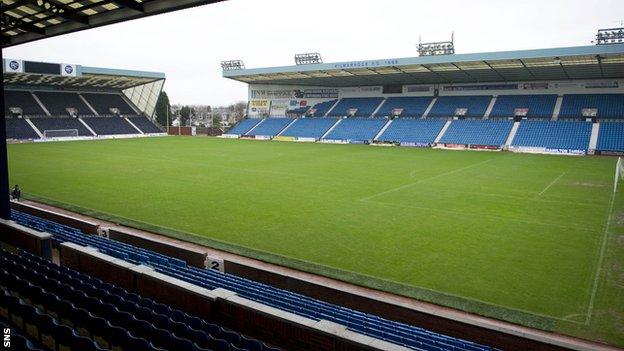 Kilmarnock chairman Michael Johnston pointed to success on the pitch as the club announced a reduction in profits.

Despite an increase in the club's debt, Johnston praised the Scottish Communities League Cup final victory.

"What a wonderful year of football we've all enjoyed since I prepared last year's chairman's statement," he said.

Player and staff costs were just over £3.5m, similar to the figure spent in the last four years.

An interim revaluation of the stadium found Rugby Park to be worth £11.3m.

Johnston, in his statement to shareholders, also complimented manager Kenny Shiels and the players on a successful year.

"Kenny's mantra in the dressing room in the build-up to the final was "believe to achieve" and it clearly struck a chord with our entire squad and backroom staff," he said.

"If the year ahead holds the same level of sporting enjoyment and success, we're all in for a wonderful treat."