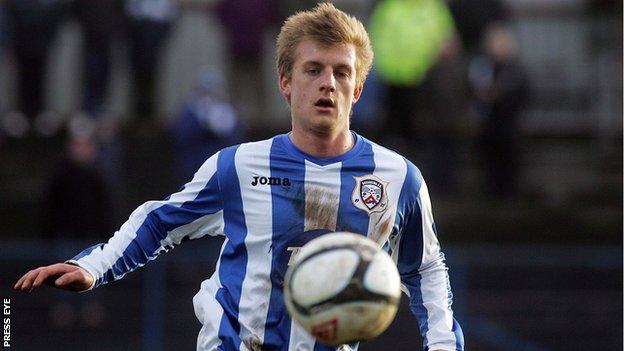 Aaron Boyd has joined Irish Premiership basement side Lisburn Distillery after being released by Coleraine.

The former Linfield striker had a loan spell at Ballymena United before joining the Bannsiders, but he has failed to hold down a regular starting place at the Ballycastle Road club.

Meanwhile defender Lee Colligan has also been released by Coleraine.

Left-back Colligan has signed a deal with Championship One club Carrick Rangers.

Colligan's first-team opportunities have been limited because of the performances of Ryan McIlmoyle in the full-back role.

Coleraine recently announced the arrival of former Linfield midfielder Jamie Tomelty from Portadown and are also reported to be interested in signing striker Mark Miskimmin who has been put on the transfer list at Donegal Celtic.