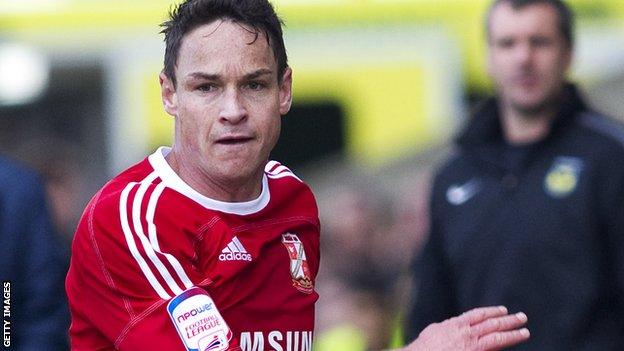 Aldershot have signed midfielder Oliver Risser after his contract with Swindon was terminated by mutual consent.

The 32-year-old has signed for the Shots until the end of the season.

Risser, who has 27 caps for Namibia, has not featured for Swindon this season but played 13 games during a loan spell at Stevenage, scoring once.

Shots manager Dean Holdsworth told the club website: "He is a strong, adaptable player who will fit in well with the squad."

Risser joined Swindon on a two-year deal in the summer of 2011.

"He played a valuable part in Swindon Town's championship-winning side last season and will provide excellent experience for us.

"This is a good acquisition and I am delighted with this news," Holdsworth added.