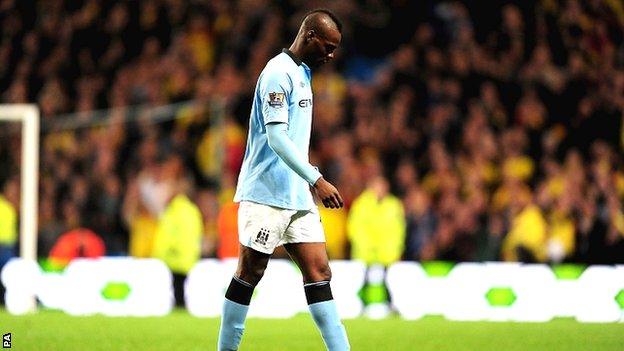 Mario Balotelli scored twice in a surprise appearance for Manchester City's Under-21 side as they secured a 4-0 friendly victory over Blackburn.

The 22-year-old, who has hit only one Premier League goal this season, was involved in a on Thursday.

He returned to first-team action as a substitute in after a five-game absence.

City are without fellow striker Sergio Aguero for Sunday's trip to Arsenal.

The Argentine has and that could mean a first start for Balotelli since the on 9 December.

Balotelli was unexpectedly included in City's elite development squad to face Blackburn and helped them see off Blackburn.

His first goal came just after half-time with a curling effort, and he struck again 10 minutes later with a cool finish.

Balotelli passed up the chance of a hat-trick when City were given two penalties, instead allowing a City trialist and Denis Suarez to score.