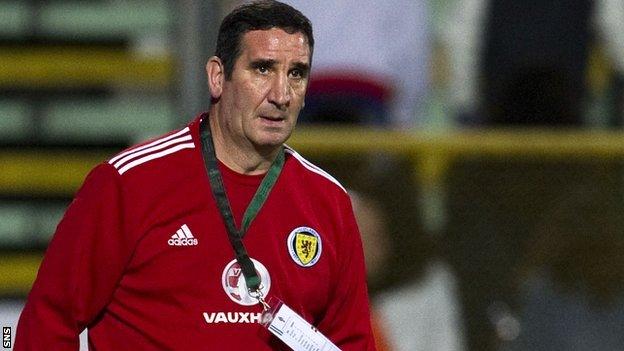 Scotland's Under-21s will be in the second set of seeds for the qualifying campaign for the 2015 European Championship in the Czech Republic.

The Scots, currently managed by Ricky Sbragia, missed out on a play-off place for this year's championship after finishing second in their group.

However, Uefa have confirmed their seeding position after Scotland rose to 15th in the Under-21 rankings.

The draw for championship qualifying will take place on 31 January.