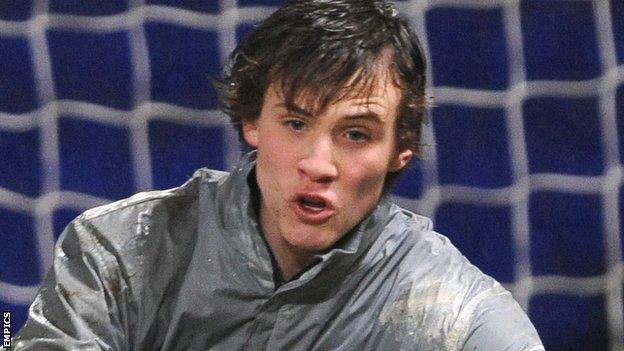 And it was the hosts who took the lead when Macclesfield keeper Lance Cronin fluffed his clearance and Jon Wallis netted from 40 yards.

Bettinelli had earlier kept Dartford in front with great saves from Keiran Murtagh and Charlie Henry.

Macclesfield, who had lost only once in their previous nine matches, drop to 10th in the Blue Square Bet Premier table.

Former Fulham and Gillingham striker Stefan Payne made a late substitute appearance for the visitors, having agreed a short-term deal to join the Silkmen from Sutton United prior to the game.

"He's a young lad still and has potential," manager Steve King told the club website. "I've brought him in for a couple of weeks to bring another body in to give us some cover up front, and also to give us an opportunity to look at him at closer quarters."

Dartford climb to seventh and are now three points adrift of the play-off places.