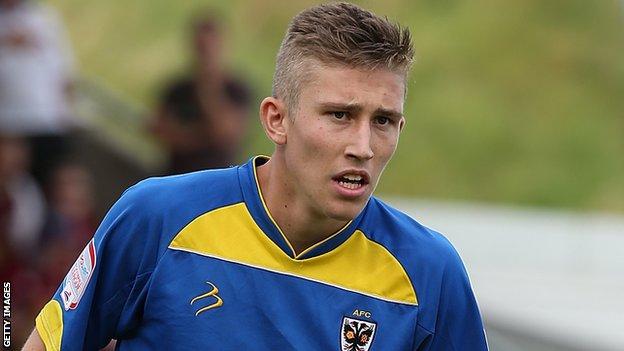 Torquay United have extended the loan deal of Reading defender Angus MacDonald until the end of the season.

The 20-year-old and has played four times for the Gulls this season.

"Whilst Brian Saah's been out he's come in alongside Aaron Downes and done a good job for us," manager Martin Ling told BBC South West Sport.

"He becomes part of the central defensive unit with Aaron, Brian and Kirtys Mackenzie."

MacDonald as well as

And Ling says he would consider signing the youngster if Reading do not want him come the end of the current campaign.

"Reading keep sending him out on loan and that tells me that he hasn't got a future there in the Premiership and might have to step down to come back again," the Torquay boss added.

"He's come here and any time we've asked him to do a job he's done a good job for us.

"He's got to perform well over the last four months of the season to earn a new contract.

"He's got Reading to answer for first but we'll be second-in-line, saying to him 'there's a future for you if you do the job right between now and the end of April'."