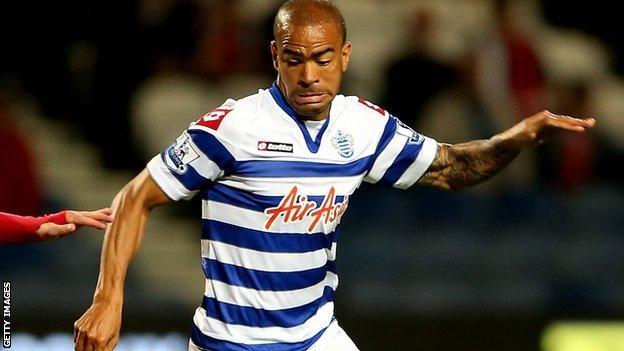 QPR have released Kieron Dyer after activating a clause in the midfielder's contract.

Dyer, 34, joined the club on a free transfer in July 2011 but played just once last season because of injuries.

He signed a one-year contract extension last summer and has made seven outings in the current campaign.

Kieron Dyer's goal against West Brom in a third-round FA Cup draw on 4 January was his first competitive goal since he scored in the Premier League against Newcastle in a 1-1 draw at Watford on 13 May 2007.

"If he can stay clear of injuries I'm sure there are clubs that will offer him the chance to play football," QPR boss Harry Redknapp said.

"He wasn't in my plans and I think he's got something to offer someone, so we wish him all the best."

Dyer scored a last-gasp equaliser for QPR against West Brom in a FA Cup third-round tie on 4 January to take the tie to a replay.

The game has proven his final appearance for the club as he now looks for another club in a career hugely hampered by injuries.

The former England international started out at Ipswich in 1996 before a £6m switch to Newcastle in 1999.

He moved to West Ham for the same amount in August 2007 and, after a spell on loan at Ipswich between March and April 2011 during his time at Upton Park, he moved to QPR later that year.

Dyer has made 406 career appearances and scored 49 goals since making his debut for Ipswich. However, he has struggled for fitness in recent seasons and has played just 42 times since his exit from Newcastle in 2007.