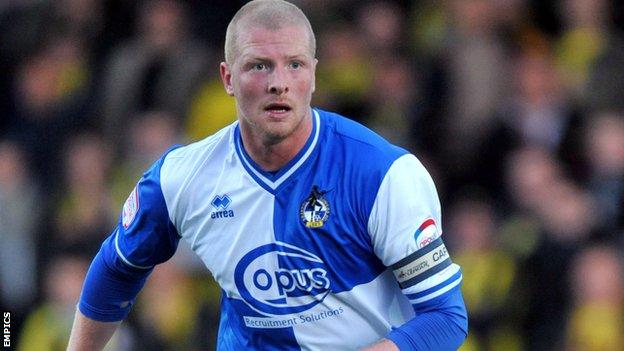 Bristol Rovers defender Garry Kenneth could be out for up to nine months after rupturing knee ligaments.

The 25-year-old was taken off at half-time in the 2-0 defeat by League Two leaders Gillingham and will miss the rest of the season.

The two-time Scotland international joined Rovers from Dundee United in the summer on a three-year deal.

Manager John Ward told the club website he would now be looking at bringing in another defender as cover.