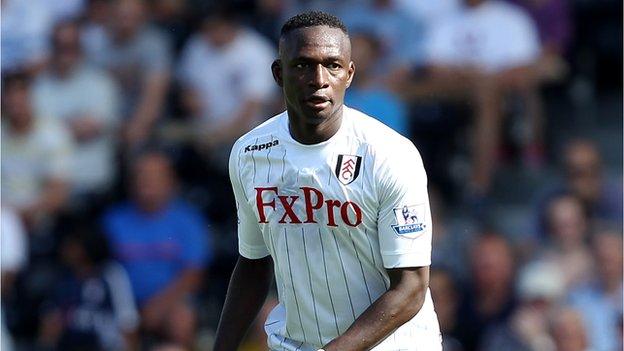 Former captain Mahamadou Diarra has been ruled out of Mali's final squad for the Africa Cup of Nations in South Africa through injury.

Coach Patrice Carteron also had to omit regulars Abdou Traore and Mustapha Yatabare, who play in France, as well as Wolverhampton's Tongo Doumbia.

All four were unable to take part in the final week of preparation in Bamako.

There was also a change of heart over Serie A striker Mamadou Samassa.

The Chievo Verona player was injured but is now expected to recover for Mali's opener against Niger on 20 January.

Samassa's recovery means there is no place in the final squad by France-born Mana Dembele, who had been called up to the training camp at the weekend.

Diarra's absence means the influential Fulham midfielder misses a second successive tournament, having played in four finals before that.

He picked up a knee injury playing for Mali in the qualifiers against Botswana in September.

"He can't play for us and I don't think he'll be available for them," he told the Fulham website.

But Paris St Germain's Momo Sissoko does make the final squad despite having had little game time this season, he has not played for Mali since the 2010 Nations Cup in Angola.

This season he has competed in just three matches for his French club.

Mali also play the Democratic Republic of Congo and Ghana in their opening-round group.