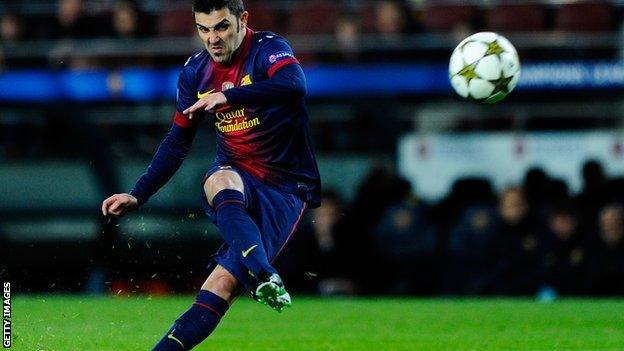 Barcelona's president has ruled out the Spanish club allowing striker David Villa to leave them in the January transfer window.

Villa, 31, has been linked with several Premier League clubs, including Arsenal and Liverpool.

But, speaking to Catalan radio station RAC1, Sandro Rosell said: "I completely rule out the transfer of Villa during the winter market.

"He is ours and we need him, there is a lot of the season left."

Spain forward Villa, who joined the Nou Camp outfit for £34m from Valencia in May 2010, suffered a broken leg at the Club World Cup in December 2011 and missed the rest of the season and Euro 2012.

He has struggled for first-team action this season and has started in only 10 of the 21 appearances he has made for Barcelona so far in the current campaign.