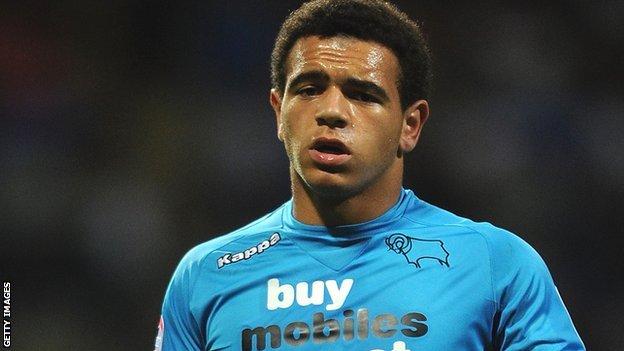 Bennett, just 16 years and 174 days old, came off the bench to net in the 5-0 FA Cup mauling of Tranmere Rovers.

He was already the club's youngest player when, as a 15-year-old, he started in a 2-0 loss at Middlesbrough in October 2011.

When Derby beat high-flying Middlesbrough 3-1 on New Year's Day, the average age of the Rams starting line-up was just over 23 and five of the starting eleven were 21 or under.

"It was an ideal situation to get him on," Clough told BBC Radio Derby.

"He's 16, Will Hughes is only 17 and it is great. There are not too many teenagers playing in professional football. It's lovely for him to get out there and have the opportunity.

"We think he will have a good career. We told him to get on and score a goal. That's what we put him on there for and that's what he did.

"We wondered if he would have scored when he was 15 when he came on against Middlesbrough and hit the bar."