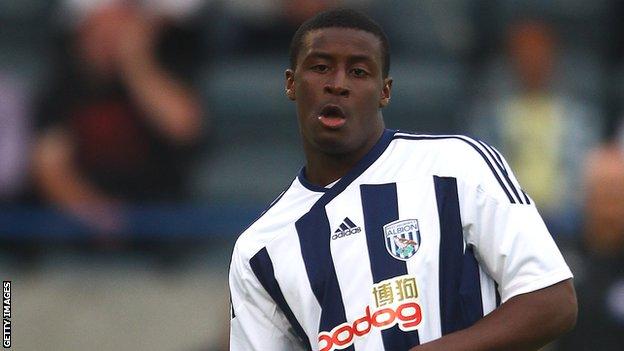 West Bromwich Albion defender Donervon Daniels is confident that he will continue to improve after agreeing to stay at Tranmere for another month.

Jake Cassidy and Liam Palmer have earned positive reviews during their loans at Prenton Park this season.

And the 19-year-old centre-back is extremely keen to follow their lead.

"I want to stay here to learn. I just want to keep playing and show everybody that I'm worth my starting position," Daniels told BBC Radio Merseyside.

"I've had team-mates that have come here before from West Brom and they've given me really good reports about the club. I'm really happy."

for whom he made his first appearance on Saturday, while Sheffield Wednesday midfielder Palmer will for the rest of the campaign.

Daniels and Bolton striker Michael O'Halloran, who both in November,

Daniels made just his fourth senior start in the at the weekend - a loss he intends to learn from.

"We're a lot better team than we showed in the second half, especially defensively," the teenager added. "But we're still learning.

"That was the benchmark for us as a team and for me as a player. I enjoyed it extremely, even though we lost."