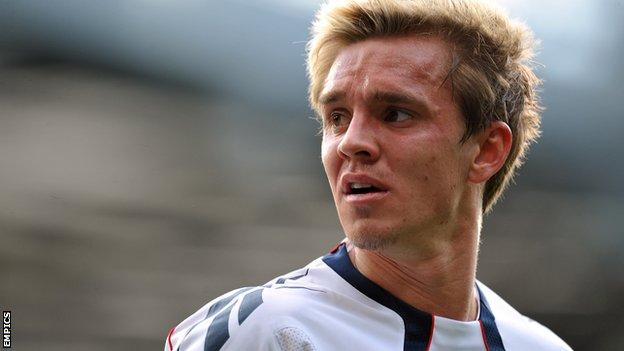 The 27-year-old sustained the knee injury in March 2011 after a tackle by Manchester United defender Jonny Evans for which he was red carded.

The United States international made his comeback in September 2011 but cartilage damage was found soon after meaning another six months out.

Midfielder Josh Vela also made his comeback in the match for Bolton.

Holden did not feature once in the league last season as Wanderers suffered relegation from the Premier League in what has been an injury blighted few years.

Before his two knee problems, he broke his leg playing for the USA in a friendly against Holland in a tackle with the former Manchester City midfielder Nigel de Jong.