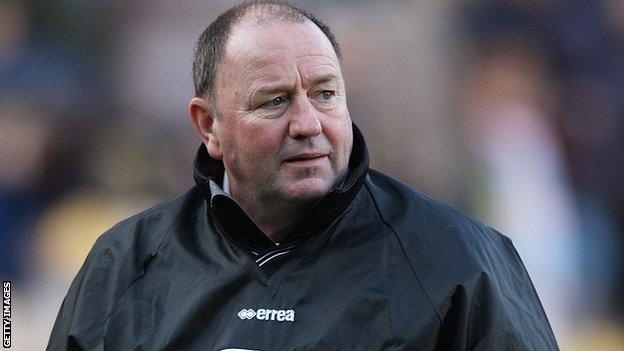 Manager Gary Johnson says his Yeovil players need to "learn how to be winners" following their Johnstone's Paint Trophy exit.

David Mooney scored the only goal of the game as Leyton Orient progressed to the southern area final at the expense of the Glovers.

And Johnson told BBC Somerset: "They've got to learn how to be winners in these types of competitions.

"There's no lack of effort but it's about going beyond the call of duty."

He continued: "We didn't do that and that's why some of these lads haven't got much if a CV - they haven't won anything yet.

"We've got some soul searching to do."

In a bid to improve their dwindling attendances the League One club - who sit three points off the play-offs - provided 11 free coaches to take travelling fans to Brisbane Road.

They took 815 Glovers supporters with them and Johnson was disappointed they could not leave with a victory.

"I'm really gutted. We worked very hard to get the supporters here. As a club, we all saw it as a good one to get through but we knew Orient would have something to say about that.

"We didn't do very well and our supporters did a lot better than us."