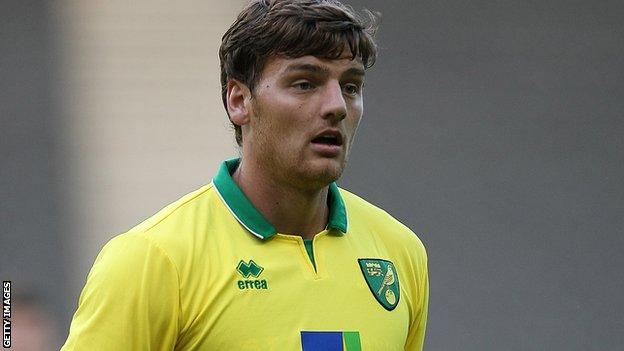 Norwich striker Chris Martin has declared a wish to stay on loan at Swindon until the end of the season.

The 24-year-old arrived at the County Ground in November and his loan has now been extended until the end of January.

It is thought Swindon were unable to offer Martin a longer spell because of budget restrictions.

"Hopefully it gets sorted and I can stay here, although I think a few things have to happen first," Martin told BBC Wiltshire.

"I would have liked to have extended it until the end of the season right away but that's not the case.

"I think I've settled in quite well. The manager has said he wants to keep me and it's worked out well."

I won't be earning any contracts anywhere if I'm not performing

Martin has fallen out of favour at his parent club and spent much of last season on loan at Crystal Palace, where he scored seven goals in 28 games.

He has so far failed to score in eight appearances for Swindon, who are fifth in the league table just five points behind leaders Tranmere Rovers.

Martin has six months left to run on his three-and-a-half year deal with Norwich, and having not started a Premier League game since September 2011, the forward is aware he must prove himself this term.

"I have to concentrate on doing it on the pitch, because I won't be earning any contracts anywhere if I'm not performing," he added.

"Every footballer says it, but it is true. If I play as well as I can then that situation will get sorted.

"From my point of view I want the security of a contract somewhere, but it's run down now at Norwich. I'm into the last six months and if I can do the business on the pitch then roles could be reversed and I could be in a strong position."