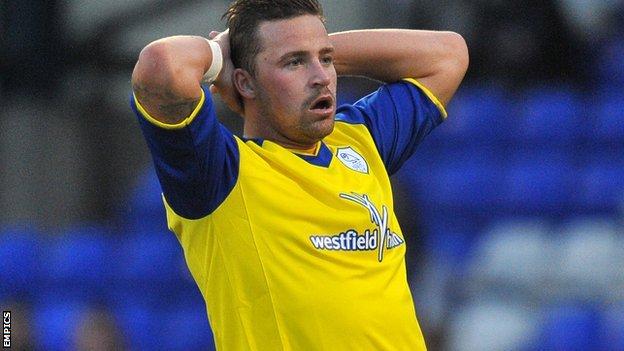 Sheffield Wednesday striker Chris Maguire is hopeful he can cement a place in the team after his first start in over three months on Saturday.

Maguire, 23, played in Wednesday's draw with MK Dons in the FA Cup, having not featured since the League Cup defeat by Southampton in September.

He told BBC Radio Sheffield: "I signed here to help the team and play games and I don't want to go out on loan.

"Hopefully I've done enough to show I can bring something to the team."

Maguire continued: "If I can help the team get out of the position that they're in then that is my main objective.

"I've been as frustrated as anybody about how it's been going and it does get to you, but you have to work hard on the training pitch to overcome that."

The former Aberdeen man has played just five times for the Championship strugglers since joining from Derby in the summer.

And he admitted that he came close to rejoining Portsmouth, where he spent the second half of last season, earlier in the campaign.

"The manager spoke to me after the Ipswich game (on 27 October) and said he thought it might be beneficial for me to get some game time.

"I was ready to go, but came into do some training ahead of a reserve game and injured my medial ligament," he added.

Wednesday, who are 22nd in the table, face a trip to promotion-chasing Hull City on Saturday.