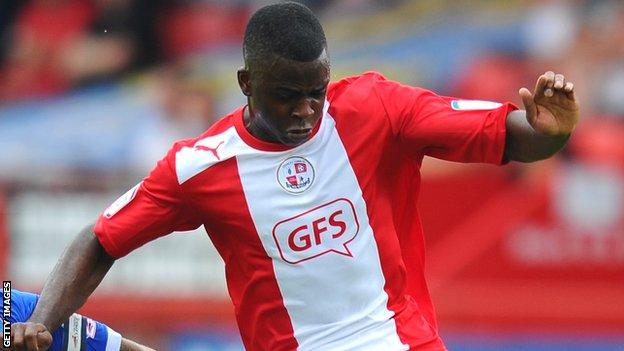 Reading have signed Crawley midfielder Hope Akpan on a three-and-a-half-year contract for an undisclosed fee.

Akpan, 21, began his career at Everton and after a short loan at Hull City joined Crawley in June 2011.

He made 60 appearances for the West Sussex club, scoring eight times, and played in their 3-1 FA Cup defeat against the Royals last weekend.

"He is hungry and will be very committed to our cause," said Reading manager Brian McDermott.

"He has a great pedigree coming through the ranks at a top Premier League side in Everton.

"There were a lot of clubs in for him during this window but once he heard of our interest this was the only place he wanted to play.