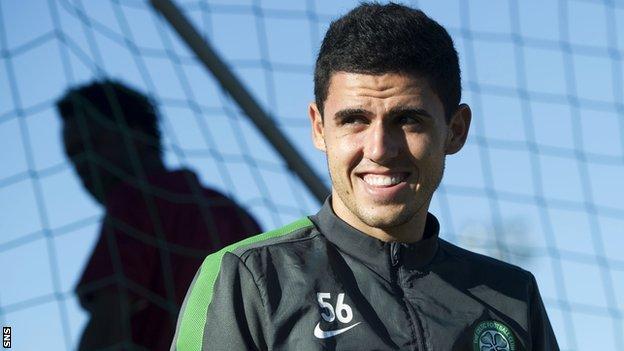 Australian midfielder Tom Rogic has completed a move to Celtic from Central Coast Mariners, with the fee reported to be about £400,000.

The 20-year-old has signed a four-and-a-half-year contract, with the deal subject to a work permit.

Celtic said "an application will be made to the appropriate authorities in the next couple of days".

Rogic had been on trial with Neil Lennon's side and attended their recent training camp in Marbella.

"Celtic are preparing for Champions League matches against Juventus, so Tom will undoubtedly learn a lot," he added.