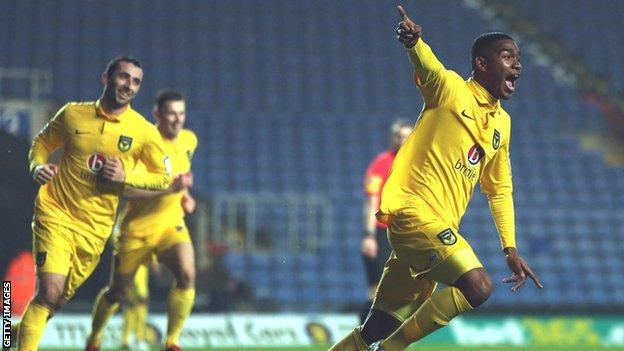 Oxford United striker Tyrone Marsh has revealed how he almost missed his home debut because of a blown car tyre.

He scored his first goal in Tuesday's Johnstone's Paint Trophy tie with Southend, as the U's lost on penalties.

"If it wasn't for [midfielder] Peter Leven I wouldn't have got to the game," the 19-year-old told BBC Oxford.

"Peter changed the tyre and got me here. It was lucky he was with me as I've never learnt how to change a tyre."

Marsh, who joined the club at the age of 14 and signed his first professional contract at the start of the season, was delighted to open his U's account.

"The ball fell just right, and I nodded it in, in was a good moment," he added.

"It was gutting not to get through. The boys worked hard to get back in the game and we wanted to get through but unfortunately it just didn't happen."

The U's were knocked out by the Shrimpers 5-3 on penalties after the game ended 3-3.