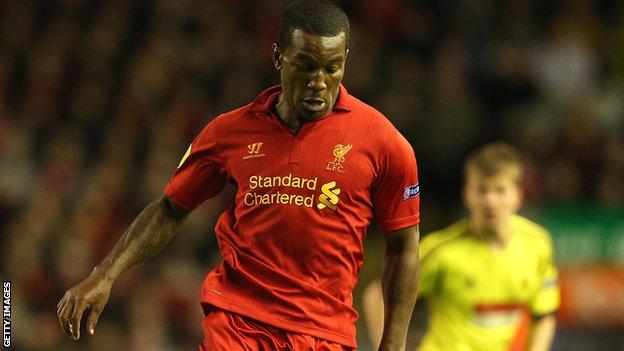 Liverpool defender Andre Wisdom has committed his future to the club by signing a new "long-term" contract.

The 19-year-old began his career at Bradford's academy and moved to Anfield as a 14-year-old in 2008.

As soon as they offered it to me, I grabbed the opportunity

After being an unused substitute in 2010 against Northampton, he scored on his Liverpool debut in September and has played in 14 games this term.

"Hopefully I can progress more in the second half of the season and continue to keep playing," said Wisdom.

Wisdom, who has been capped by England at Under-16, Under-17 and Under-19 level and is now part of the Under-21 set-up, added: "It was an easy decision to make.

"As soon as they offered it to me, I grabbed the opportunity because it's a great club and I just want to continue to play for Liverpool.

"There's still so much hard work ahead. There is big competition within the team and everyone wants to play football."