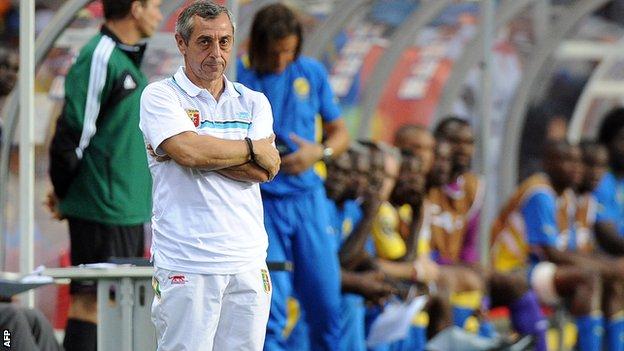 Former France international Alain Giresse has been handed the role of reviving the fortunes of Senegal after being named coach of the national side.

The 60-year-old has previous coaching experience in Africa, having been in charge of Gabon and Mali.

Giresse led Mali to third place at last year's Nations Cup, before departing in May after refusing a new contract.

He replaces Joseph Koto, who was sacked ten days after Senegal failed to qualify for the Africa Cup of Nations.

Koto had only been in charge of the Teranga Lions for four months.

It is understood that Giresse has agreed a two-year contract. His first competitive match in charge will be a 2014 World Cup qualifier at home to Angola on 22 March.

Only last month, Giresse was approached by Libya to become their new national coach.