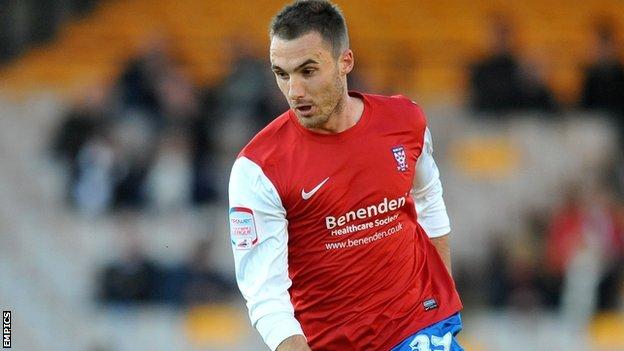 Aldershot winger Alex Rodman has extended his loan at York City until the end of the season.

The 25-year-old joined the Minstermen in November and has scored one goal in eight appearances.

Shots boss Dean Holdsworth told the club website: "Alex went to York to get some valuable game time and to discover the form which he had when he first arrived at the club.

"I am delighted to see him back playing football regularly again."

Rodman missed the end of last season after blood clots were found on his lungs but returned to first team football in August.

His contract with the Shots runs until the end of the current campaign.