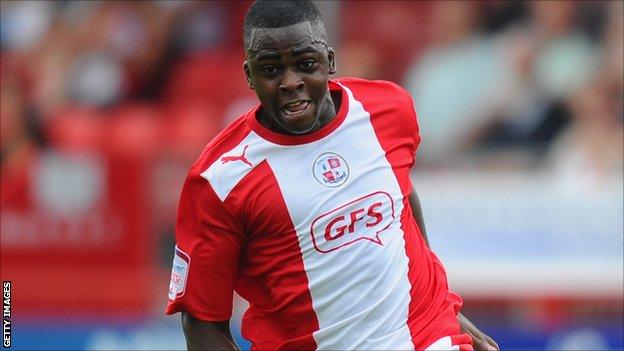 New Reading signing Hope Akpan says he is ready to make the step up to the Premier League and has vowed to fight to keep the club in the division.

The 21-year-old joined the Royals from League One Crawley on Tuesday and is relishing the chance to prove himself.

"It was my goal from when I was a kid to play in the Premier League, even when I dropped down the divisions," he told BBC Radio Berkshire.

"I didn't think it would come around as quick, but I'm definitely ready."

Akpan began his career at Everton and after a short loan at Hull City joined Crawley in June 2011.

He made 60 appearances for the west Sussex club, scoring eight times, and played in their 3-1 FA Cup defeat by Reading last weekend.

Akpan joins a Reading side who are second from bottom and five points adrift of 17th-placed Southampton.

"It's going to motivate me [the relegation battle] and I'm ready for the challenge and to fight for the cause," he added.