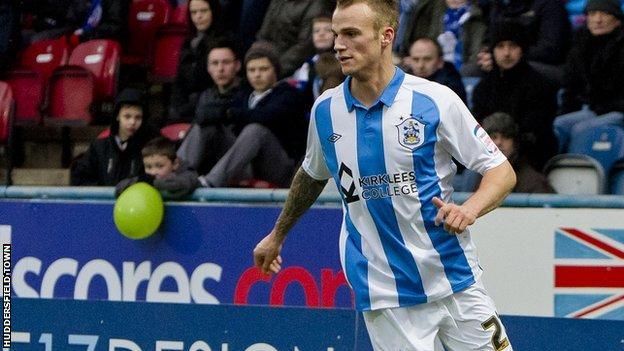 Motherwell have signed Huddersfield Town forward Kallum Higginbotham on loan until the end of the season.

The 23-year-old previously played in Scotland for Falkirk before joining the Yorkshire club last January.

He has featured just seven times for Huddersfield this season and spent time on loan at League One Carlisle.

"My aim is to work my way into the first-team and hopefully help Motherwell finish as high up the table as possible," he told the club website.

"Things haven't quite worked out as well as I would have liked at Huddersfield but with 18 months left on my deal there, this is a great opportunity to show what I can do at a great club in a strong, competitive league."

Higginbotham could make his debut for the third-placed Steelmen in their home match against St Johnstone on Sunday, 20 January.